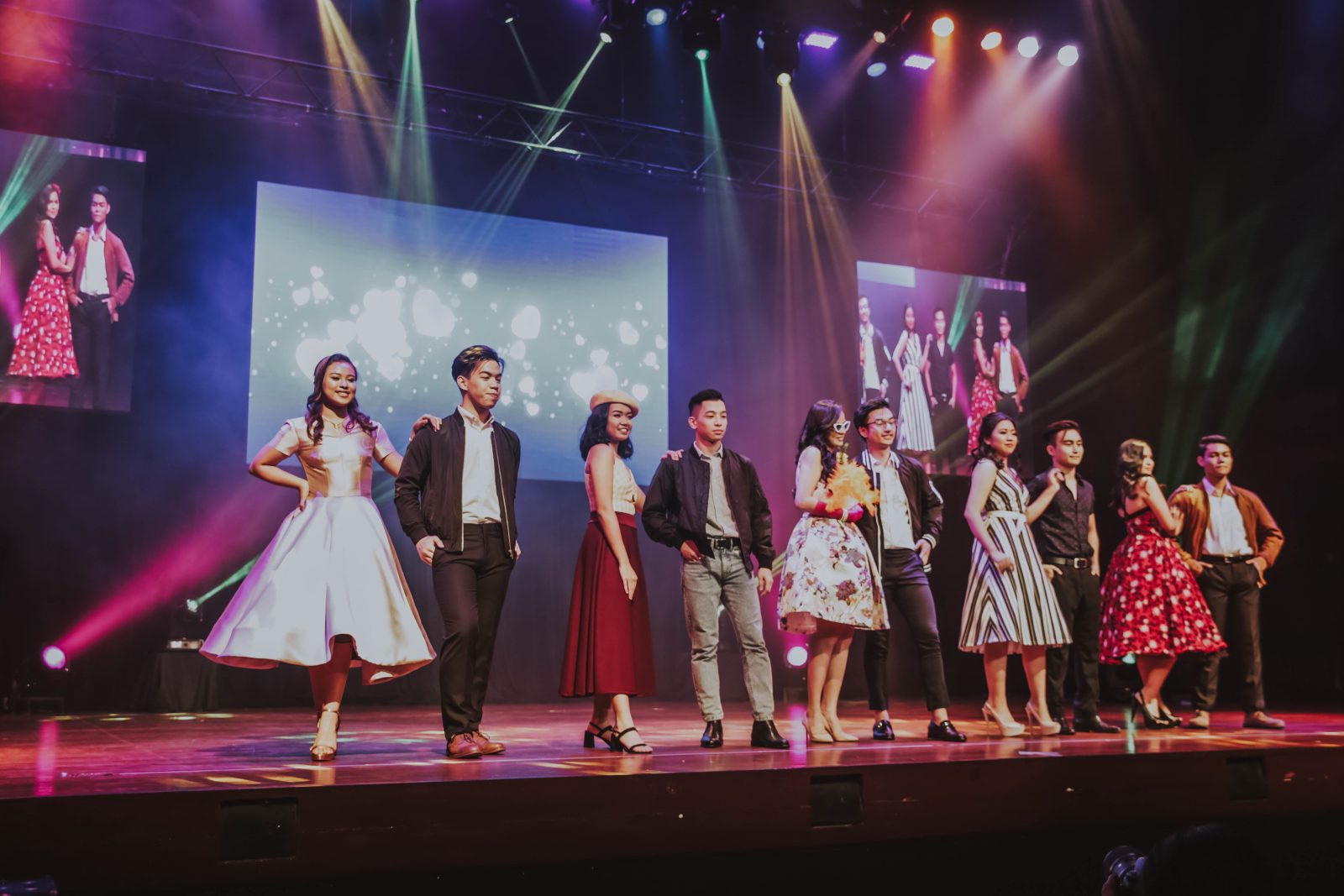 Glitter, leather jackets, neon clothing, teased hair and more vintage details were highlighted and donned at John Robert Powers’ (JRP) annual showcase, dubbed as, Jukebox JRP 2019. The much-awaited showcase, a tradition for the Personal Development Training Center, is held every year as a venue for the students to showcase all that they’ve learned in their classes. The Sunday afternoon spectacle was held at the RCBC Theater on June 16, 2019, with a mix of different kinds of performances done by JRP students of all ages. From modeling and hosting, to singing and dancing, the event was a jam-packed 2 hours specially prepared by the recent graduates of JRP.

To make each annual showcase unique and exciting, a theme is chosen to be the main driving point of the event, and Jukebox JRP 2019 centered on all things vintage. The program was divided into three parts according to different decades of the past century – the ‘50s and the ‘60s, the ‘70s and the ‘80s, and of course, the ‘90s and the new millennium. Famous personalities from every one of these eras such as The Beatles, Elvis Presley, Freddie Mercury, Madonna, Whitney Huston, the Backstreet Boys, Britney Spears and more were channeled by the students in fashion, song and dance. Kids and teen performers modeled and rocked the stage with classic hits like “Bohemian Rhapsody,” “Staying Alive,”  “Material Girl,” “Beat It” and others.

Jukebox JRP 2019 opened with a speech by Richard C. Upton. He talked about the essence of the brand and the vital need for self-confidence and empowerment. He shared, “Whether you become a doctor or architect or something in media, it’s about having the confidence to believe in yourself and to do what you want to do.”

Hosted by young JRP students Cassandra Chloe Fernandez, Alexis Juarez, Gana Lee, Lalaine Minguillan, Nathan Resurrection, Isaiah Uson, Zachary Martin Calina and John Victor Detablan, the program officially kicked off with a lively opening number and a runway modeling gig that paid tribute to the effortlessly classic style of the ‘50s and ‘60s. In between these numbers, various video clips of the students were played onscreen, from covers of Queen’s “Crazy Little Thing Called Love” and “Bohemian Rhapsody” to dance clips of Michael Jackson’s, “Beat It” and the Backstreet Boys’, “Everybody.”

Highlights of the entire event included an adorable modeling number from JRP kids to the tune of “YMCA” a touching collective performance of “Stand By Me,” a tribute to ‘90s fashion, and a stunning evening gown runway. To pay homage to the modern age of the 2000s and the 2010s, a dance medley was prepared by the graduates, wearing all black with yellow accents, as they moved to different pop hits of the new era. Students also danced to popular K-pop songs like PSY’s, “Gangnam Style” and Blackpink’s, “Kill This Love.” Closing the program was a song and dance finale including all 70 JRP kids and adults to the track, “We Go Together.”

The afternoon was certainly an empowering show to watch, not just for the young performers, but their loved ones as well. Once shy and reserved students, their time at JRP allowed them to evolve into the proud people they had become the moment they took the stage. After all the fun that went down during the showcase, each JRP graduate left the venue a confident and renewed person.

Those interested in taking JRP’s many classes in personality development, modeling, public speaking and many others aren’t too late to sign up! Enrollment for classes is ongoing. JRP can even customize schedules so students can take its courses even while going through school. Complete your personal transformation and check out JRP today!